This was the opening of our WomenCraft Artisans Leaders Meeting this week.

Basically we brought together the best weavers and best entrepreneurs  out of the 300 women within our cooperative to share thoughts, visions, and ideas on how they lead their respective groups.

One of our leaders got up and said:

“Women! We must not be harsh with our men now that we are making more money then them, that is not the way to handle things. If we do not give them a small part of our money, they will see no use for us to be in this group, and will not allow us to continue. We must share and not be so proud.”

It was so interesting to see that these women understand the patriarchy in their communities, and come together to discuss ways to move past certain day to day hurdles.

I was loving everything as y’all could guess…

So the trip from Arusha to Ngara had me on the verge of depression. 11 hours on a dusty bus from Arusha to Kahama, TZ. Sitting next to a mom whose baby kept climbing all over me and laughing. Was not in the mood for that nonsense.

So when I got to my hotel in Kahama I was grumpy and all I wanted to do was eat rice and drink Stoney Tangawizi. I think its a Tanzanian drink, its strong ginger soda and I am now obsessed. I ordered three and the bellhop looked at me like I had an alcohol problem. 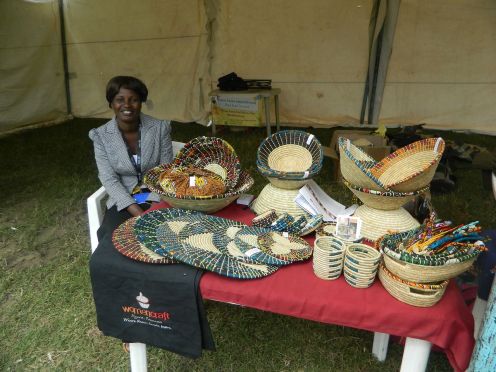 So my co-worker and I went to Arusha a couple weeks ago for a fair. Apparently this was a very expensive fair to attend, but since we are a social enterprise, they let us come for free and stuck us in the “charity tent”! HA!

Anywho, it was a great way to meet different hotels and lodges in the Arusha area who may want to use our products. And of course we had African men coming up to our stand to chat and ask if we were single. THE STRUGGLE. All of them kept taking my business card and I am still getting texts and calls like “Its me Phillip! You gave me your number in Arusha!” No Phillip I did not, do not try to confuse me.

Anywho, Arusha was nice (COLD), my co worker and I went out to eat, we went shopping. It was a good time away from Ngara. 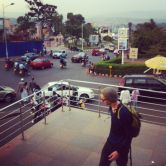 So I went to Kigali this weekend!

‘Yall know I live in the bush of Tanzania, so I literally needed to get to a city to not only buy some more Dove soap and use an ATM, but I wanted to go out to restaurants and try on shoes and put make up on. I even did my eyebrows internet friends, its getting real.

Anywho, Kigali was soooo….QUIET. And clean, its clean as hell, Paul Kagame plays no games. Try to liter in Kigali and you will be evicted from the city probably.But it is so, so quiet. Like, there are no street vendors, no one plays music too loudly, eating in public is considered taboo.

Wellllll you know my Ivorian self didn’t understand, West Africa is where all the loudest people come from. So to go to such a quiet city, it was so odd. It was like Kigali was missing its pulse or something, it had such a muted undertone, like people were unsure of how much noise or how much fun they should be having.

Still, it was a beautiful city, with lots of cool lounges, hookah bars, cupcake shops, I really enjoyed being there. It seems like a very Western city, making it relatively easy to live in so it seems. Lots of expats running around going to coffee shops and French bakeries. I was feeling it.

It did make me miss Abidjan though, so so much.

The beautifully talented Minna from MsAfropolitan.com has allowed me to ramble on her blog today.

Check a sista out.

Guest blog: My mother and the marriage question | MsAfropolitan 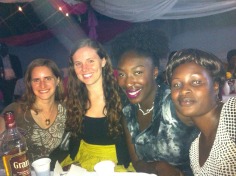 I went to a lovely wedding this weekend, it was a really fun outing seeing as the weekend activities here in Ngara are slim to none!

Anywho, my co worker invited us to his cousins wedding and of course I was available  I put on make up for the first time in 2 months. Oh how I have fallen lol.

Nonetheless, it was a night of eating with your hands, dancing, and dealing with drunk Tanzanian men trying to grind on you while asking for your number. You know, the usual… 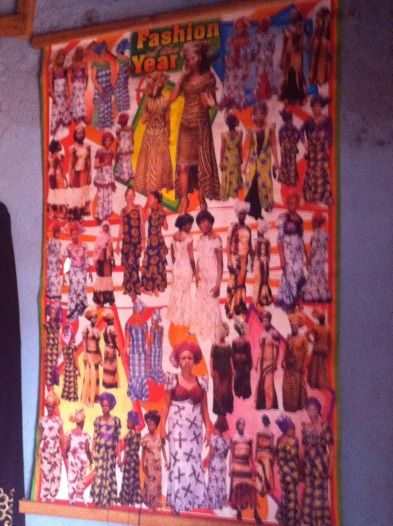 So I did what I do best when I get to any African city, I buy fabric and make pretty dresses 🙂 Ngara is so small, most of the fabric stands just sell the same designs, but I was able to buy some unique pieces when I went to Arusha last month so I am happy again!

I went to my co workers tailor on Saturday and she took my measurements and I realized I have definitely  gained weight while living here. At least 7 pounds. Sigh, such is life. I told my Tanzanian boss that I was getting fat, she said “OHHH that is so good! You must eat more!”

African women sure know how to make you feel better about your expanding hips and waist line. Nonetheless I’ve started jogging in the mornings so hopefully that will help.

The struggle is real. 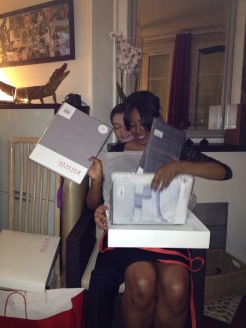 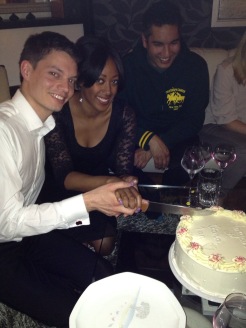 So my best friend, sister, and absolute love of my life just celebrated her 1 year anniversary. I remember crying like a crazy woman at her wedding last year, and now she’s been a wife for 12 months already! I can’t even deal!

I’m so happy to even know her and am so happy she met such an amazing man. We fank God oh!

So the only way to get around Ngara is to hop on the back of a pikipiki, a motor bike. Sigh, y’all know this stressed me out from jump, particularly since I had never been on the back of such a contraption (and since my ride into town is mostly downhill).

I’m getting used to it though, I no longer imagine myself being propelled off of the bike and cracking my skull on a sharp rock. Progress.

My co-workers and I behind our office in Murgwanza, TZ. The three of us started on the same day and they give me life everyday. The are HILARIOUS, and I am floored with how well we all get along.

Today is chapatti day, so we are dragging everyone up the hill to buy some and drink tea. I’m then going to leave work early and sit in my hammock and read “On Beauty.”